Depression is a widespread and highly treatable medical illness that can affect anyone. About 1 in every 20 Americans get depressed every year. Almost everyone occasionally feels sad or blue. However, these feelings usually last for a short amount of time and pass within a few days. Individuals suffering from depression, on the other hand, have these same feelings, but it interferes with their daily life and can cause pain for both themselves and those around them. When depression goes untreated it can cause issues in the brain permanently.

What are the Signs and Symptoms of Depression? 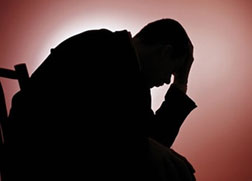 Considered to be the most severe form of depression, it presents symptoms associated with feelings of hopelessness, worthlessness, guilt, and general sadness. People suffering from Major depressive disorder generally over or under sleep, have trouble with concentration and energy, significant weight loss or gain, loss of interest in normal activities, as well as recurring thoughts of death or suicide.

Depression can be caused by a combination of biological, genetic, environmental, and psychological factors. Magnetic Resonance Imaging (MRI) has proven that the brain of a person with depression appears different in comparison to that of an individual who has never had depression. The regions of the brain that are involved in thinking, sleep, mood, behavior, and appetite do not seem to work normally. There has been a suggestion that neurotransmitters, which are crucial chemicals involved in brain cell communication, become out of balance. With this being said, we should keep in mind that this imaging technology has not exposed the cause of depression.

Depression is definitely treatable. If caught on the onset, the treatment will be more effective. It has been proven that immediate treatment can significantly lessen the possibility of reappearance. There are many different treatments available for depression. There is medication and psychological counseling, which is helpful for a lot of individuals.
There are also a variety of anti-depressant medications that can be prescribed as well. These medications are classified by how they influence the naturally occurring chemicals in your brain to alter your mood.

Some Different Anti-Depressants Include:

Psychotherapy is a method of treating depression where you talk about your condition with a mental health provider. It is commonly referred to as therapy, talk therapy, counseling psychosocial therapy. Through these sessions, you will be able to gain knowledge of the causes of depression, and this will, in turn, lead to a better understanding of it. You can also be able to discover ways of identifying and making changes in unhealthy behavior and be able to look into better ways of coping, solving issues, and setting realistic goals for your life. It can ultimately help you recuperate and gain a sense of contentment and management in your life and can potentially ease depression symptoms.

This treatment works with the passage of electrical currents through the brain. This, in turn, can affect the levels of neurotransmitters in your brain. This treatment usually offers immediate relief for severe depression, even if other treatments fail. It is commonly performed on individuals who haven’t improved with medication alone and for those who are at high risk for suicide. It can also be effective for older adults who suffer from severe depression and who cannot take anti-depressants for health reasons.

There are also natural treatments for depression, which have shown to have an impact on depression. Alongside a healthy lifestyle, these supplements, vitamins, and activities can help ease the symptoms of depression. To learn more visit our holistic medicine page at longislandholisticdoctor.com

Natural Treatments for Depression Include: